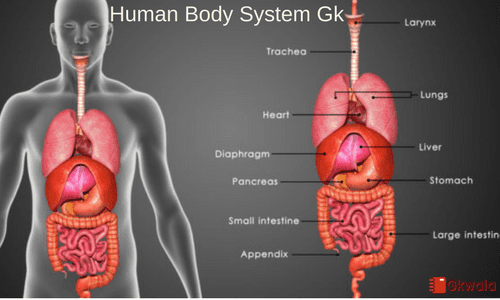 Q21. The body consists of many different types of of____.
Ans- Tissue.

Q22. The pituitary gland is situated in.
Ans- The base of the brain.

Q24.The name of the covering of the central nervous system is?
Ans- meninges.

Q26. In Human Respiratory system which part is called as Windpipe?
Ans- Trachea.

Q27. What is the function of the retina?
Ans- To create a reflection of an image.

Q28. Dehydration in the human body is caused due to the loss of –
Ans- Water.

Q30. What is the covering of the heart?
Ans- Pericardium.

List of National Organization in India- Their Headquarters & Head

Books and Authors in India- General knowledge with questions/answers